From the title you might think my dad does those kinds of crazy intricate designs in negative space using the relative thickness of the rind. He doesn’t do that. Instead, he gets pumpkins he thinks have “character” and gives them kooky faces.

Here are this year’s pumpkins: the normal one is my brother’s. 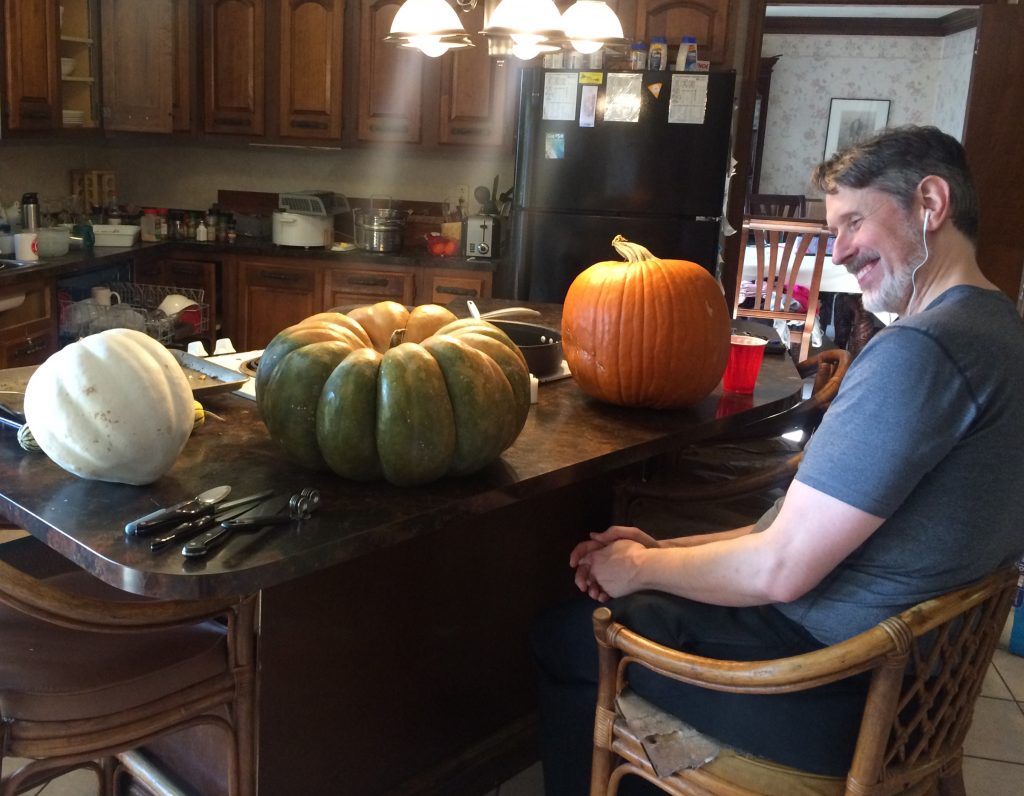 I helped scoop all the glop out of all of them, down to the rind. They look more like gourds than pumpkins on the inside, with lots of seeds so tightly clumped together that you have to cut them out with a knife. The white one even has eerily green flesh.

This is the fun part. Most people would probably put a squashed face on the side of the green pumpkin, right? Not my dad. He put the face on the top, using the stem as the nose. Here he is carving: 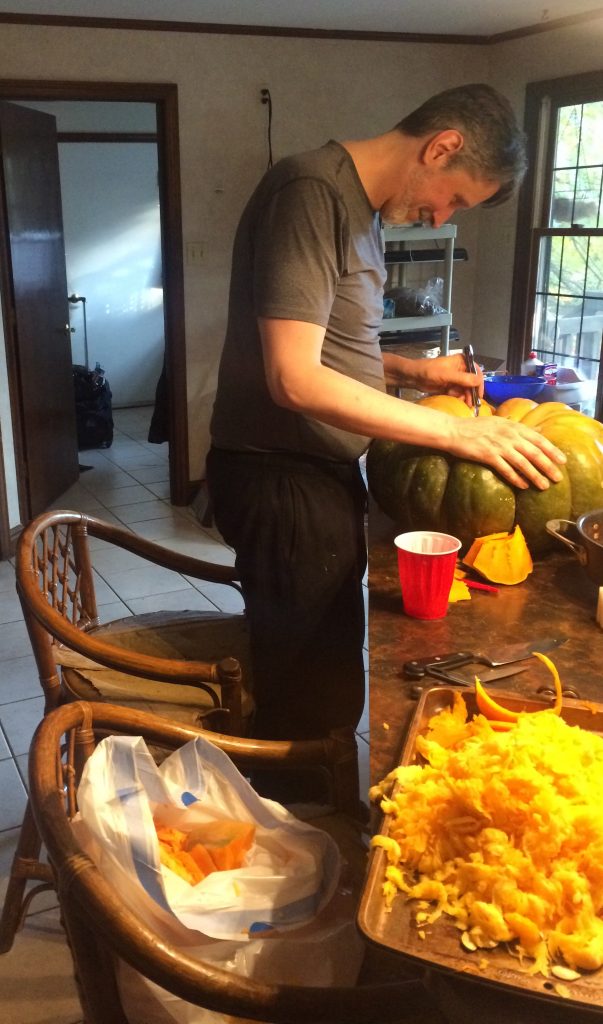 And here’s the finished product. 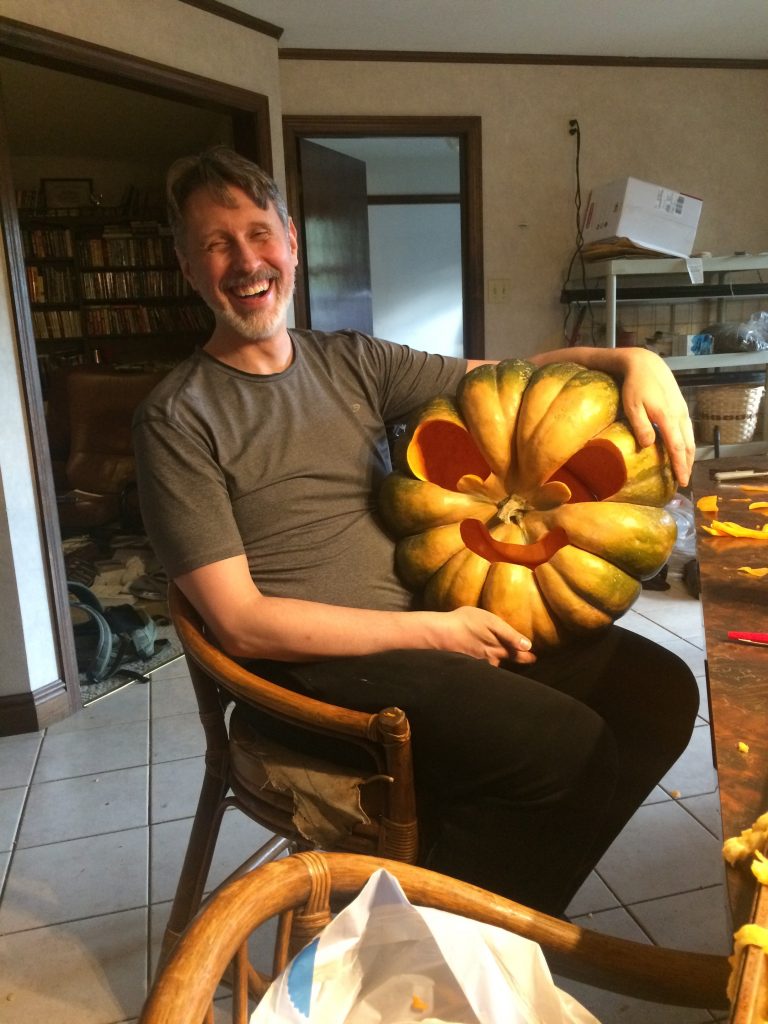 The back kept falling off, so I put some toothpicks through it so it’d stay in place. We can just put the candle through one of the eye holes tomorrow. 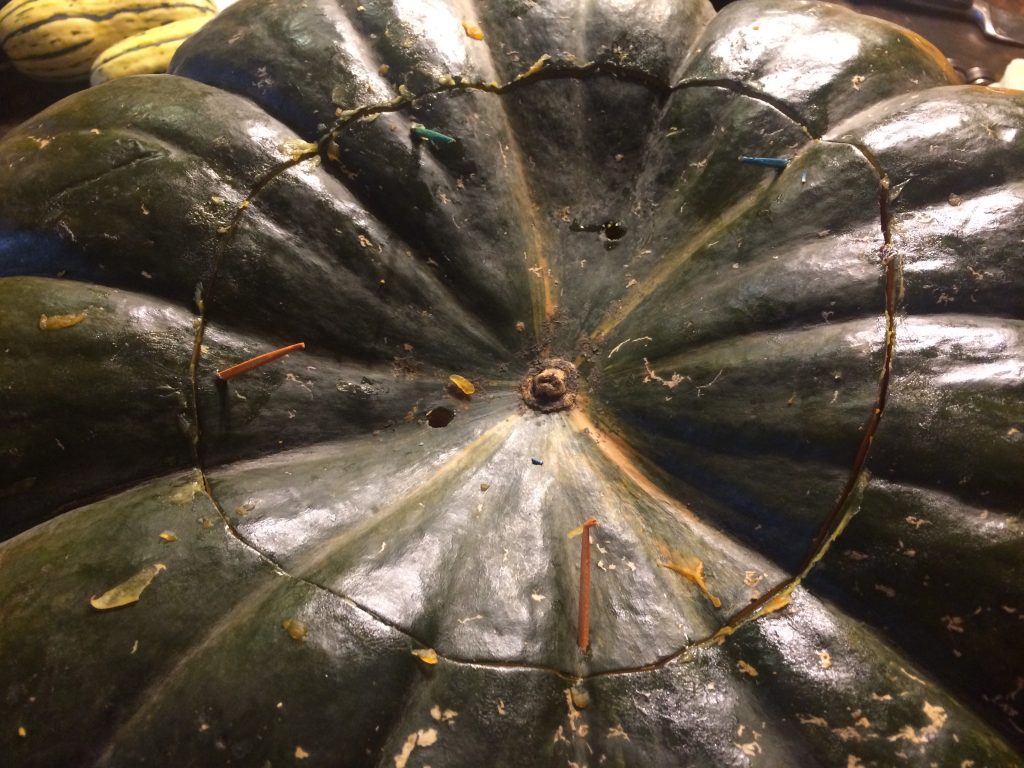 Now onto the white one! Weird pumpkins are always way harder to carve since their rinds are so much tougher, so we don’t have a ton of pumpkins. This white one in particular was really hard to carve. But we made it eventually: 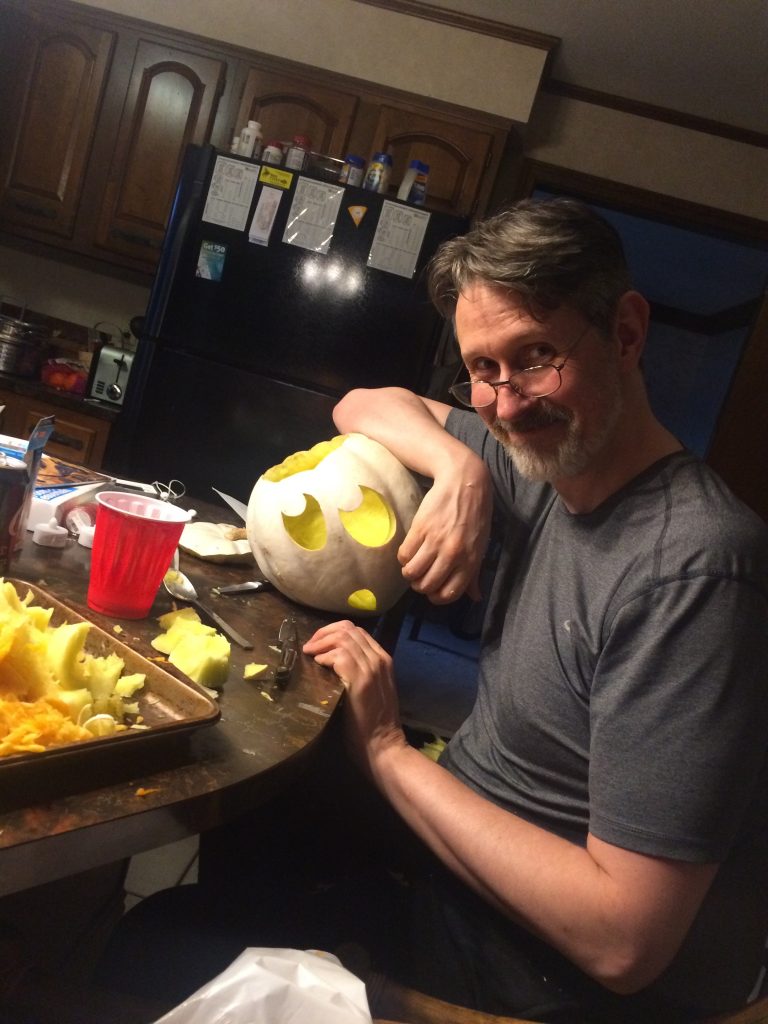 And this is the way in which my dad is the best pumpkin carver I know. Not because he makes the fanciest designs, but because his pumpkins are all memorable and weird. Our Halloween is never gory or gauche; it’s simple and classy. We don’t put gravestones or severed heads in the yard. We have a figure in a silk gown peeking out through window curtains, we have a dragon skull on the front step, we have a candelabra on the piano and a real metal sword on the wall. There are no obnoxiously large fake spiders waiting to scare trick-or-treaters, only my dad in a long fancy cloak sitting by the door and reading Edgar Allen Poe’s collected works while haunting piano music plays in the background.

That’s his aesthetic, and the pumpkins are meant to fit that.