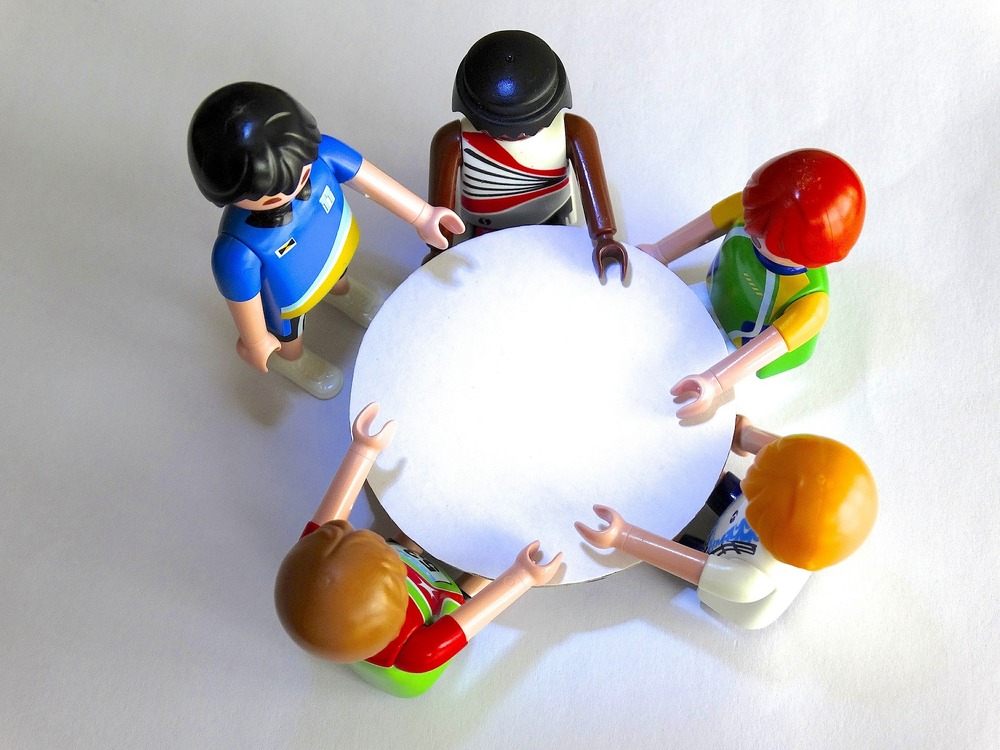 In every group discussion where people are free to move around, people always form an approximation of a circle or simple polygon around a central point. This “center of conversation” is not a tangible thing, but it’s very visible in the dynamics of groups.

Today, I’d like to talk about this social concept, and for those of us who don’t utilize this important source of positive social vibes, explain how to start.

What I call the “center of conversation” is the point that’s on average equidistant from each participating conversation member. Even people who don’t use this concept have an intuitive understanding of it, to an extent that social interactions feel more awkward when all parties involved are not standing at appropriate distances around the center (that is, on average equidistant from both the center and each other), and likewise they feel smoother when all parties observe this rule.

The center of conversation doesn’t dictate that people have to stand in perfect circles all the time. Peoples’ personal preferences and convenience always take precedence over the center. But with preferences accounted for, people arrange themselves according to it. Given a choice of two places on a couch, people will choose the one closest to their appropriate place relative to the center. If an outlier in a group doesn’t understand the center and moves counter to it, the rest of the group will likely shift around to readjust the center.

If you’re the social butterfly type, try to find the center of conversation that you’re subconsciously moving around. If you’d like to make yourself more likable, once you find that center, try glancing at it instead of away from it whenever you need to break eye contact. Eyes are powerful indicators of attention – looking in a direction has the same weight as pointing in the direction. If you look toward the center, you’re pointing toward the other people, toward your conversation together, and you’re indicating that both of those things are important to you. Even if the other people don’t realize what you’re doing, they realize that you are doing it and they feel appreciated.

If you’re the kind of person who probably breaks this rule all the time, don’t sweat it. You can teach yourself to pay attention to the center of conversation just like you can teach yourself any other skill. Next time you talk to anyone – in a group, one on one, whatever – think about where the center is. It’s easy to find between two people, it’s just the point right in the middle of the space between you. Among larger groups it’s slightly harder, but not much. Think about the middle of the space between you and pinpoint whatever you think is closest to the center of that space. You don’t have to be perfect – it’s a vague area that you indicate by moving around it or glancing at it, not a point you have to precisely identify on a graphing calculator. Just get the vague gist and you’ll be golden.

It could take a while to get the hang of doing this, but in doing so, you’ll make people more comfortable around you. In this modern, segmented, isolated world, comfort is the single most important thing, in both our personal and professional lives. When clients buy a service, they’re primarily buying their comfort with the people providing that service. And what more could anyone want than to be comfortable around the people they care about? Any way you can make those around you feel comfortable is an advantage you have – not over them, but with them.