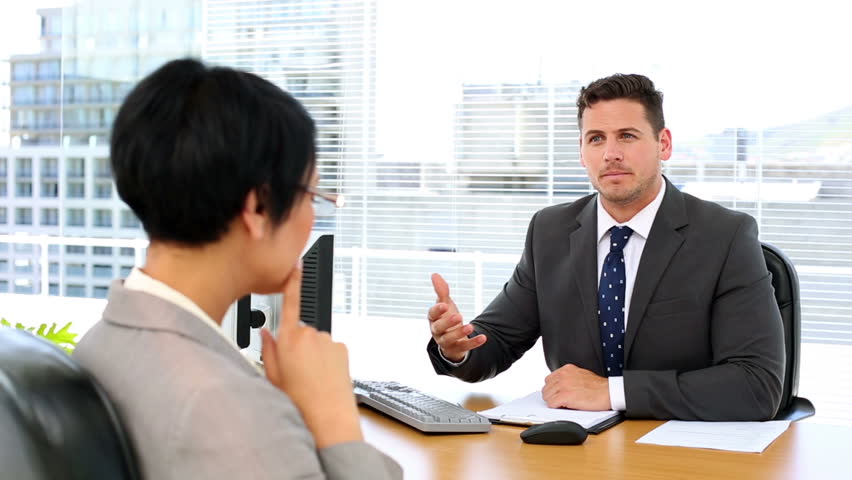 Seven months ago, I was interviewing for an intern position at Upgrow. Now, I’m doing it again – but this time, I’m the interviewer.

As we gain more clients, it’s become more difficult to keep up with the workload, so we’ve been looking to hire another intern for the SEO team. I came on as an intern through Praxis and I trust their process to produce someone valuable, so I recommended that as a source. My boss asked me to do an initial screening.

I took a troll through their talent portal and checked on candidates’ profiles. I also asked one of the advisors about who to contact with hiring inquiries, and contacted the person she pointed me to. Soon, I had an initial list of candidates, and I set up interviews with them.

And then I taught myself how to interview, because I had never done it before.

Working as I did intimately with all our SEO clients, I knew exactly what type of person we needed, but that wasn’t even half the work. I needed to find a way to pick that type of person out in an interview. People want to get jobs, and interviewees are always trying to find a way to play the system, to act as though they have the traits you want regardless of whether they really do or not. Presented with a slew of imposters, it’s the interviewer’s job to find the genuinely skilled candidates. That’s why interview questions are always so convoluted.

I knew all this, because I’d played this game from the interviewee side: I knew the right answer to “tell me about yourself”, I had a set of rehearsed stories to tell in response to a wide array of questions, and I always went into an interview knowing exactly what type of picture I wanted to paint of myself. What I didn’t know was how to play the game from the other side.

So, I contacted my mother, who’s been a hiring manager for over twenty years, and asked for advice. I described the type of person I wanted, and we discussed what questions I should ask.

The environment at Upgrow, where I work, is very fast-paced and multifaceted. But of course if I asked “do you work well in a fast-paced environment?”, the candidate would just say “yes”.

How could I get around this? I could ask a question more like “can you give me an example of a place you worked that was fast-paced – what made it that way, and what about it was most challenging?”. By asking for an example, I can get more information about their previous experience.

Further, when I ask “what was most challenging”, they have to say something, which would tell me about what they find difficult. Plus, since all candidates want to make themselves look good, they would also tell me (for free!) how they handle things being hard. It has the benefits of the “what’s your biggest weakness” question without the overly-general aspects that make the latter question less useful. (Ex. “My biggest weakness is that I work too hard, I’m too devoted to your company, and I’m too perfect.”)

In general, asking for examples and challenges is very helpful, and I asked a few more similarly-formatted questions.

Another trait I very much needed in an SEO intern was commitment to efficiency. The internet is gigantic, there’s always a ton of data to sift through doing anything with SEO, and if you’re not careful you can spend 6 hours doing something manually just because you hadn’t thought to look for a faster way. But again, I couldn’t ask straight-up.

Asking for an example might have worked here, but I got another strategy that worked even better: an open-ended question. I asked, “Can you tell me a way that you have improved at doing your job in the past? Have you done it by increasing the quality of your work, by improving your efficiency, or something else?”

The open-ended aspect made it seem like there were multiple possible correct answers. None of these dispositions are inherently bad – and the interviewees know this – but they don’t know which one I’m looking for. So, they’re forced to tell the truth, in absence of anything else to do.

With the “give me an example” type question, the candidate knows the right answer. However, they need to give you a true or non-disprovably false story without significant hesitation, which limits their ability to BS. However, with the open-ended question, the candidate doesn’t even know what answer you’re looking for. They can’t try to spoon-feed you what you want to hear, because they don’t know what you want to hear. For that reason, this was the second most valuable question I asked in these interviews.

This is another open-ended question, but it’s better than the previous one for the quality I’m selecting for because it’s a scenario instead of a summary. In any human communication, there’s always the question of operational definitions. If someone says “I care about efficiency”, what do they mean by that? They might be the type of person who gets hopelessly bored with monotonous work, and will automate a solution instead, because automation is more interesting. (That’s me, by the way, hi.) But they might also be the type of person who gets frustrated with any inefficiency in a process and hyper-focuses on fixing that inefficiency instead of looking at the broader picture and asking whether it’s worthwhile.

In my efficiency question, this wasn’t a problem, because not a single candidate (who answered correctly) just said “yeah I improve my efficiency” and then shut up. They all went on to talk about what efficiency meant to them, or tell a story about a time that they improved the efficiency of a process at one of their previous jobs, or something. However, it would have been an issue if I’d tried to ask them about how they deal with an ambiguous task in the same way.

Posing a situation to an interviewee gains the best of both words from the other types of questions: it gives you the personal specificity from “give me an example” ones plus the interviewee’s lack of knowledge of the correct answer from open-ended ones.

Outside of the interviews and the questions I asked in them, there were a few more things I learned from the other side of the hiring table.

Many aspects of the hiring process are designed to be as efficient as possible. This makes sense: like in SEO, there is a ton of information to go through, and maximal efficiency in culling it into something useful you can base decisions on is critical to making those decisions effectively.

This is exacerbated by the fact that the majority of the time spent during the hiring process actually comes from the interviewee, not the interviewer. When I was job-hunting seriously during my Praxis placement process, I would regularly spend 6-8 hours a day on it. Even recently, when I was doing a less ardent job-hunt on top of my regular job as my internship was ending and I was making sure I had a backup plan in the unlikely case that Upgrow didn’t hire me on full-time, I spent at least 2-3 hours a day on it.

By contrast, when I was on the hiring end, I spent about 5 hours a week on it. I had other responsibilities, managing client accounts and getting my SEO work done. This was one task among many, not my single highest priority, or even my highest off-hours priority. And for everyone who isn’t a recruiter, this is always how the hiring process goes.

As a final remark, I think that being the interviewer has actually made me a better interviewee. The hiring game is much more transparent now, even despite the fact that I’ve always had an experienced hiring manager for a mom who could explain things from that side. I haven’t just heard about it, I’ve personally experienced it, and if there’s one thing I’ve learned from my deep-dive into the professional world over the past six months, it’s that pure knowledge is always trumped by experience.