Growing up, I never much liked fiction. It was probably because I knew on some level that, if I thought about it a little too hard, it would break down.

In the real universe, you can ask a question like “why is the sky blue?” and find out the answer yourself. You can speculate from the existence of sunsets and rainbows and prisms the concept of white light refracting when it bounces off of things, and do experiments to confirm your hypotheses. If you keep on asking questions, you’ll find out about the – consistent and universal – laws of reality. And if you ask a question that no human knows the answer to, that doesn’t mean you can’t find out the truth.

In a story, this isn’t true, because at a fundamental level, stories are created by taking human-level understandings of reality and modifying them in a way that makes no sense when considering the underlying universal laws. The real universe is modeled by quarks. Stories are modeled by plots.

I’ve grown to appreciate stories more over time. Although they cannot produce the sense of wonder that I get from reality, they still have valuable training data. The best, most helpful advice I’ve ever had the privilege to give comes dually from two sources: my study of rationality, and my reading of good stories.

But stories still have a major pitfall that’s applicable even to those who don’t derive your sense of wonder from the perfectly unified laws of physics.

A story, by its nature, has to be completed at a satisfying end-point. Once its plot has been resolved and its tension released, the book comes to a close. Sometimes this comes at the end of the main character’s life – and so maps conveniently to a human life’s natural close – but this is almost always not the case. The main character, and the other characters as well, typically have futures that are assumed to continue after the last page. We just don’t read about them.

And we wouldn’t want to. As much as we love to see happily-ever-afters, reading chapter after chapter of our main character’s boring daily life after all the plot has been resolved would be dull. Even fluffy fan-fictions have an end. They don’t depict the complete, uninterrupted stream of a character’s life.

Let’s contrast this with real life. There is no-one chronicling every aspect of our existence, even for a short period when it’s most interesting. Six months of training can’t be skipped over with some motivational music and a montage: you have to literally get up and study or go to the gym every single bloody day for six actual months. And our stories don’t end, not unless we die.

If someone ever writes a book about us, they’re going to have to cut out some pieces and skip over others to fit it into a compelling narrative. And despite this, it’ll still be difficult, because real human lives are messy in a way that good story plots never are. Human lives are chock-full of Chekov’s guns that never fire, plot threads that are never resolved, and a constant stream of experiences that only properly ends at death.

It’s natural to think about your current self as at end of your story. After all, it’s the end of your experiences thus far, and if your life is a story, you are at the end of it, right now and always. But you have a future that you haven’t experienced yet, where events you haven’t predicted will happen and plot threads you haven’t imagined will start. Most of the things you’ve experienced so far will be completely irrelevant, maybe totally forgotten, in twenty years. That would make no sense in a story, but it happens all the time in real life.

So this is your reminder that you’re not defined by anything you’ve done so far, and that anything you don’t like about who you are right now can be changed. Your character has so much more room to develop.

This is also your reminder that your life is not comprised of the highlights that will be picked out in your possible future biography. It’s comprised of your day, whatever your day is – get up, go to work, come home, go to sleep – over and over forever. If you don’t like your day, that might sound terrible, but the only way to make it better is to improve the little things you do every day, and be a little happier in every moment, instead of waiting for some massive plot twist or new character introduction to fix everything.

I suppose I could say that your life is an incomplete story, and it always will be. You can think about it that way, if you like. It’s mostly correct if you think about a story that never ends. Still, it’s more accurate to say that your life is not a story at all. Comparing the two is, somewhat literally, comparing the output of a human brain to the contents of the universe. Your life is a life, which can be molded into a story only if you cut a lot of it out. 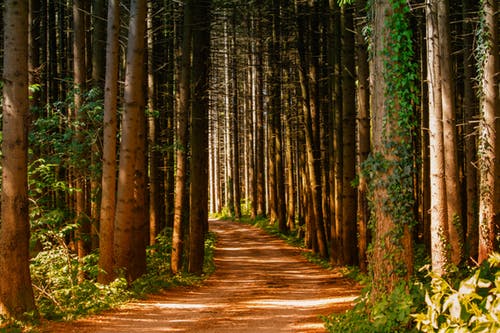